It’s been some time since I last blogged about anything.  I must admit, all the holiday happenings took a bit out of me, and I needed some time off from running around my kitchen!  I can’t believe we are already in the last few days of the first month of the new year.  I have a sneaky suspicion 2017 is going to be another whirlwind.

January has brought the first of quite a few trips marked on my calendar this year.  And while I am not a huge fan of New Year’s resolutions, I did tell myself that traveling more this coming year would be something I’d like to at least try and commit to.  So, trip No.1 was Nashville (more on that later), and it was a blast, as usual.  A foodie’s dream!  So here I am, fresh off vacation, feeling ready to take on the year and get back to blogging.

First up on the blog, churro cupcakes.  With football at it’s peak and Super Bowl just around the corner, Sunday’s have become quite an exciting place to be at our house.  My mom usually puts out a tasty spread, and this Sunday she did not disappoint.  Her cuisine of choice was Mexican and her request was something sweet that went along with fully loaded nachos and carnita tacos.  These cupcakes were the perfect match!  If you are fan of cinnamon and sugar, you must give these a try!  They are so easy and may need to make another appearance come Cinco de Mayo!  Hope you get a chance to try…. 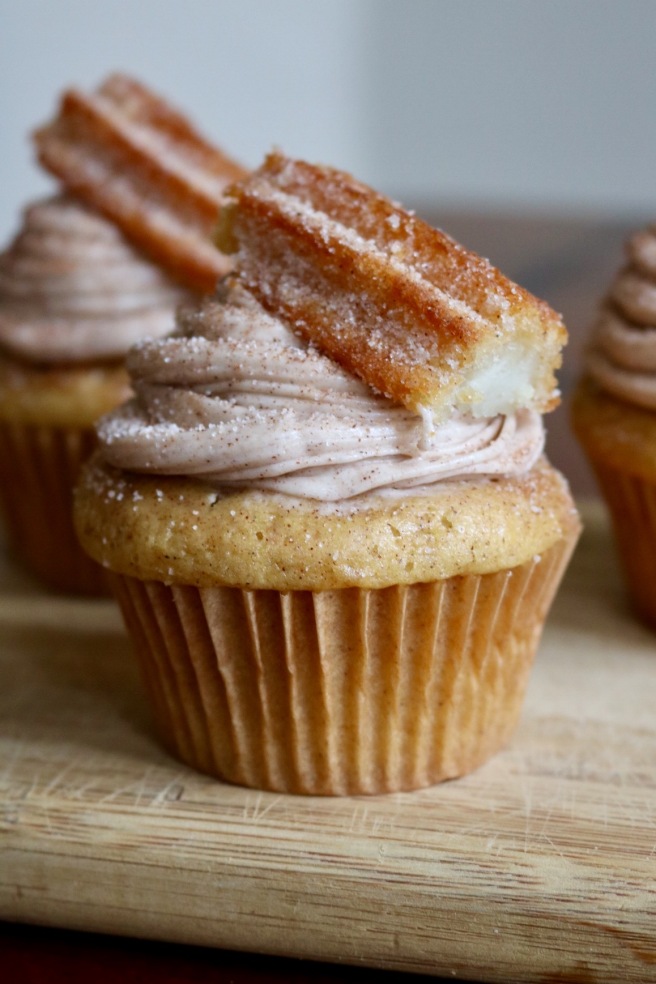